We recorded the old Swiss folksong „Lueget vo Berg und Tal“ for a swiss-german TV-documentary-series about the 4 big regions of Switzerland (-> here). To reflect the 4 different native languages spoken in the four regions, we made our own versions based on this old tune, wich is so well-known in all the different parts of Switzerland. Therefore we translated also the text – originally written in „Schwizerdütsch“ – in French, Italian and the not so well-known Rumantsch (räteromanisch) for the different episodes.

“Unique in the Dutch improvised music. You could argue that Kristina Fuchs has created a new genre.” (Herman ter Loo, Jazzflits) 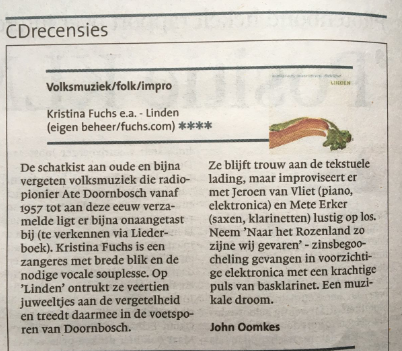 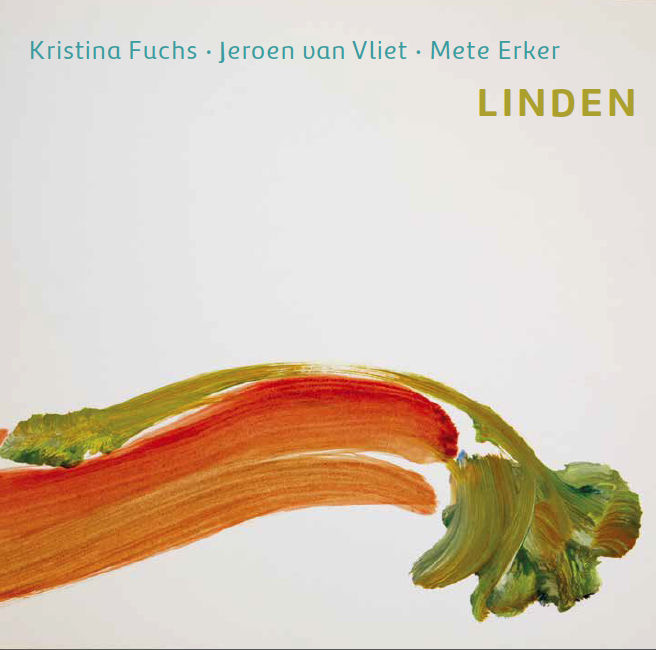 The Swiss but living in Netherlands singer Kristina Fuchs made a few years ago a nice CD with improvisations on Swiss folksongs. Folk songs-in the sense of true, old folklore from Netherlands are there too, although sometimes completely forgotten. Older music lovers probably still remember the radio program Onder de groene linde, with Ate Doornbosch, which with a recorder took up the fragile everywhere in Netherlands votes by often older Dutch people who could sing such centuries-old songs yet. Eleven songs from the collection of Ate Doornbosch are now taken by Kristina Fuchs to improvisations, along with pianist Jeroen van Vliet and Reed player Mete Bay window. That delivers a wonderful CD with music that fits in no box-light psychedelic atmospheric impro? The warm voice of Kristin blends beautifully with the lyrical piano playing and the subtle rafel edges by saxophone or bass clarinet. Combine that with the light alienating effect that the old-Dutch texts and you come in a kind of dream state, in which amorous adventures, jealousy, adultery and murder and manslaughter set the tone … Official presentation of the CD with a concert in Splendor on January 26. – AvN, Vrije Geluiden